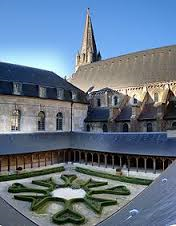 The former Monasterii Villare, which gave its name to the town Montivilliers, is amongst the greatest monastery establishments of the 7th century in the lower valley of the Seine.It was there that Saint Philibert, founder of Jumièges, created a women’s monastery in 684 later destroyed by the Vikings and only rebuilt at the beginning of the 11th century.
Throughout the Middle Ages the abbey (Abbaye de Montivilliers) enjoyed considerable prestige. Monastery life ended here in 1792. It took nearly 200 years to set up a project to restore the site to its original splendour open to the public as a major centre in the Normand monastic Normandy.

Although the Romans claimed to be conservative, it was their open mind to other cultures that seems to have empowered their ability to conquer. In this view, Roman imperialism was not only political and military in nature, but also cultural in the sense that they used conquered cultures to shape their own culture and identity. … END_OF_DOCUMENT_TOKEN_TO_BE_REPLACED

A thousand years ago, Europe as we know it today did not exist. Thirty million people living between the Ural and the British isles, between Scandinavia and Greece had no reason to think of themselves as a single culture or people. The Roman empire had left only half of the continent with roads, theaters, Latin, … END_OF_DOCUMENT_TOKEN_TO_BE_REPLACED