A Gallic Warrior and Romanisation

The Roman Conquest of Gaul, a territory that today compromises the whole of France and parts of Switzerland, Germany and the Low Countries, was written down by Julius Caesar in de bello gallico. Despite his claim to have conquered Gaul already by 52 B.C., fighting certainly continued well into Augustus’ imperial reign. Even afterwards major … END_OF_DOCUMENT_TOKEN_TO_BE_REPLACED

The ancient Batavian settlement near the Dutch city of Nijmegen (Nimwegen) was called Oppidum Batavorum by the Romans, until the Roman emperor Traian granted the right of market in 104 AD and called the city was called Ulpia Noviomagus (the new market). The Romans built a castle (Castellum) on the hill. Frankish rulers reigned over this … END_OF_DOCUMENT_TOKEN_TO_BE_REPLACED 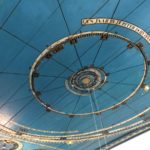 Else Eisinga was born in a small Frisian village in 1744. He worked from early age on the the wool combing business of his father and he became himself a true master of this craft, and even won an international prize in 1820. That is not why he is still well known however. His self-study … END_OF_DOCUMENT_TOKEN_TO_BE_REPLACED 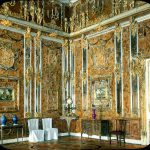 Amber can be found at around 200 locations in the world, in Europe mainly in  Denmark, the Baltic States, Switzerland, Austria, Spain, France, Rumania, Slovakia and Italy (Sicily). Amber is a beautiful material and easily worked. The earliest piece on which the head of a wild horse is engraved dates from around 10 000 BC. The Greeks … END_OF_DOCUMENT_TOKEN_TO_BE_REPLACED

Although the Romans claimed to be conservative, it was their open mind to other cultures that seems to have empowered their ability to conquer. In this view, Roman imperialism was not only political and military in nature, but also cultural in the sense that they used conquered cultures to shape their own culture and identity. … END_OF_DOCUMENT_TOKEN_TO_BE_REPLACED

A thousand years ago, Europe as we know it today did not exist. Thirty million people living between the Ural and the British isles, between Scandinavia and Greece had no reason to think of themselves as a single culture or people. The Roman empire had left only half of the continent with roads, theaters, Latin, … END_OF_DOCUMENT_TOKEN_TO_BE_REPLACED