Jheronimus Bosch back in Town 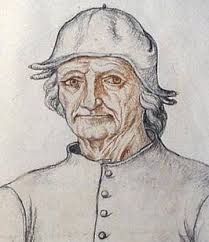 To mark the 500th year since his death, Het Noordbrabants Museum is presenting the exhibition, ‘Jheronimus Bosch – Visions of genius’, from 13th February to 8th May 2016. For one time only, the majority of his work will return to his city, Den Bosch, officially known as ’s-Hertogenbosch. Bosch’s themes are based on tradition, but his artistic language and way of working was entirely modern. His visions were based on religious conviction, realism and fantasy.
Around 20 paintings and 19 drawings by Hieronymus Bosch (1450-1516) will be exhibited, including four triptychs and four double-sided painted panels. The exhibition will also show panels which were painted in Bosch’s work place as well as important followers. In addition, art works from the 15th and 16th centuries will provide the context in which Bosch created his work, and film presentations will provide insight into the surprising results of the Bosch research.

Although the Romans claimed to be conservative, it was their open mind to other cultures that seems to have empowered their ability to conquer. In this view, Roman imperialism was not only political and military in nature, but also cultural in the sense that they used conquered cultures to shape their own culture and identity. … END_OF_DOCUMENT_TOKEN_TO_BE_REPLACED

European monarchies do rather well for outdated institutes. The Grand Duke of Luxemburg Henry I of Luxemburg (1955) is the most recent proof of the pudding. In his Christmas speech of 2012 he referred to a further limitation of grand-ducal power and the necessity of modernization of the constitution. The power of the Grand-Duke is already rather restricted, but … END_OF_DOCUMENT_TOKEN_TO_BE_REPLACED